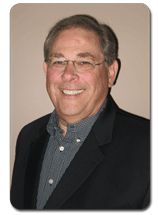 Robert C. Mueller is the founder of RCM Mediation Services, LLC, a private mediation and facilitation practice in his Maryland Eastern Shore community of Queen Anne’s County. In private practice, Bob is building upon two decades of experience as a pro bono mediator with the United States District Court in Washington, DC. He is designated a Certified Mediator by the Maryland Council for Dispute Resolution.  Bob is a member of the mediator panels of the Circuit Courts for Queen Anne's, Kent,  Caroline, and Talbot Counties, and he serves as chairman of the Queen Anne's County Circuit Court's Alternative Dispute Resolution (ADR) Oversight Committee.

Bob is engaged in volunteer community mediation for Community Mediation Upper Shore, which he has served as vice president of the board of directors. He also is on the roster of the Maryland Association of Realtors Mediation Program. He is a past chairman of the Alternative Dispute Resolution Section of the Maryland State Bar Association; currently, he serves on the MSBA Board of Governors.  He is on the Board of Directors of Maryland Council for Dispute Resolution, and he is chairman of the Queen Anne’s County Bar Association’s ADR Committee. He is a member of the Maryland Program for Mediator Excellence, and was selected as a What’s Up Magazines 2012 and 2014 Leading Lawyer. Bob has read and consistent with Maryland state law, abides by the Maryland Standards of Conduct for Mediators.

Bob has completed several rigorous mediation training programs, including a 20-hour course particularly focused on parenting-plan mediation, another 20-hour course particularly focused on marital property and financial mediation, and a two-day course on elder mediation. Additionally, he has coached students in mediation training programs. Bob also has completed a four-day facilitation training course entitled “The Effective Facilitator,” put on by Leadership Strategies: The Facilitation Company, as well as a two-day course focused on facilitating large-group gatherings.

On October 1, 2006, Bob retired after thirty-five years of service to the Federal Government as an appellate criminal lawyer, first as a captain in the U.S. Army’s Judge Advocate General’s Corps, and then as a civil servant. Since his retirement, in addition to his mediation and facilitation activities, Bob has continued his involvement in various voluntary, part-time professional and community endeavors. For instance, he presently serves as president of the Board of Directors of the Federal Bar Building Corporation, which owns and maintains the headquarters building of the Federal Bar Association; and he is past-chairman of the Queen Anne’s County Ethics Commission.   Currently, he is president of the Board of Directors of the Animal Welfare League of Queen Anne's County.

A native of Sioux City, Iowa, Bob earned his Bachelor of Arts degree in 1968 from the University of South Dakota and his Juris Doctor degree from Duke Law School at Duke University in 1971. During his service in the Army JAG Corps, he earned his Master of Laws in Labor Law from the National Law Center, George Washington University, Washington, D.C. Bob is a past national president of the Federal Bar Association and remains a member of the FBA’s National Council. He also served for six years on the Board of Directors of his condominium association in his former community in Annapolis, Maryland, five of which were as the board’s president. He has continued his personal commitment to community service in his current home near Centreville, Maryland.

Bob has served as an Adjunct Associate Professor at the University of Maryland University College and Central Michigan University. He has taught several professional seminars, including writing seminars for attorneys and for legal supervisors sponsored by the Legal Education Institute of the U.S. Department of Justice. He has appeared in Marquis’ Who’s Who in the East, Who’s Who in the South and Southeast, and Who’s Who in American Law. Bob is a member of the bars of the Supreme Court of the United States, the State of Maryland, and the State of Iowa.